Please Read! Especially If There’s A Child In Your Life! 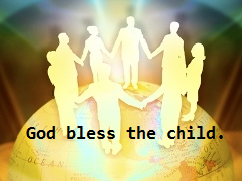 You’re reading this so you’re online. You may be on Facebook or other form of social media. Remember, once it’s out there, it’s out there…and that includes pictures and there is no age limit.

Yes, I’m being vague and I’m sorry about that. But there’s an issue you need to be aware of and I’ve just become aware of it. I’m part of the melanoma community. There are a multitude of other communities where people come together around other diseases and issues.

Beware: There are websites that use the Internet for evil, they spread lies (cloaked under the freedom of religion and free speech), and they use people’s real names…even the names of minors. They have pictures. I’ve seen it firsthand and I’m beyond appalled. I’m sickened by it. I’m not going to share a link to the website because I don’t want to give them press, but trust me, it’s there and I have it on good authority there are many more similar websites. This one is the tip of the iceberg.

These people hide in anonymity…they don’t want you to know who they are. And because of our freedoms, they can get away with it. Experts, lawyers, who have dealt with this, say the perpetrators call it “expressing their opinion.” They tell us that it’s best to ignore it.

The site I’ve seen quotes two verses in the New Testament, mixes it with their own religion…worship of the ancient Egyptian god “Ra”, considers melanoma a curse from their god and NOT a disease, and has an intense hatred of Whites worldwide. The entire site is about this. The ENTIRE site. Post after post. They use pictures of people who actually have melanoma, even children. And when they have a post that focuses on a person, they use the person’s name in the title along with the word “execution”. Many of us have reported wordpress (their host site) to them and we get a quick, “canned” response letting us know that they aren’t going to do anything about it. We’re not even sure they look at what we submit.

Remember, this on the Internet…not Facebook. They can spread this garbage anywhere and, apparently, there’s nothing we can do about it.

I have melanoma. It’s no secret. I discuss it here, on the Internet at large, and on FB. I know what I post and I knew that I could not control what happened beyond my initial post. I never thought about the ramifications. Until now.

Pay CLOSE attention to what you post ANYWHERE. Especially if children are mentioned. If your child has a disease or condition, think about what you want to share. Do you want to interview an expert for a news article? Think twice before posting their picture in the article. This is the world we are in.

I’ve seen it. Recently, in an online news article, a parent/also doctor wrote about this child’s experience, complete with picture. Three days later, this child’s picture was on this horrible website. Did I mention they use the word “execution”? And yet they get away with it.

Just BE careful! Know there is evil out there and once you post something, you have really NO idea where it will show up or how it will be used. You have NO control! None!

Yes, there are laws, even with the FTC concerning children, but they are really hard to enforce and you can take one website down and another can be put up. The Internet is a tool…for me it’s a wonderful tool. I’m not cloned. Others use it for evil.

Go to google and put in your name or your child’s name. Add the disease or issue. Search and search in google images. Do that periodically, especially if you are active in a community.

There’s a problem. We need to figure out how to deal with it. Don’t run from it. Let’s deal with it. Things like this have to stop. At the very least, know this exists. There are no sacred cows.